Back to the 80s Slasher Calendar!

April:
APRIL FOOL’S DAY (1986) is a great film. But a great slasher film? Well…that’s debatable. Nevertheless, I love it. I actually first watched AFD and Sleepaway Camp both in the same day.

I do wish they would’ve shot an alternate “horror” ending, but Thomas F. Wilson is hilarious in it and its very well made.

April is also Prom season, so near the end of the month I like to watch PROM NIGHT (1980). Its not the scariest or most action-packed but I love this movie. 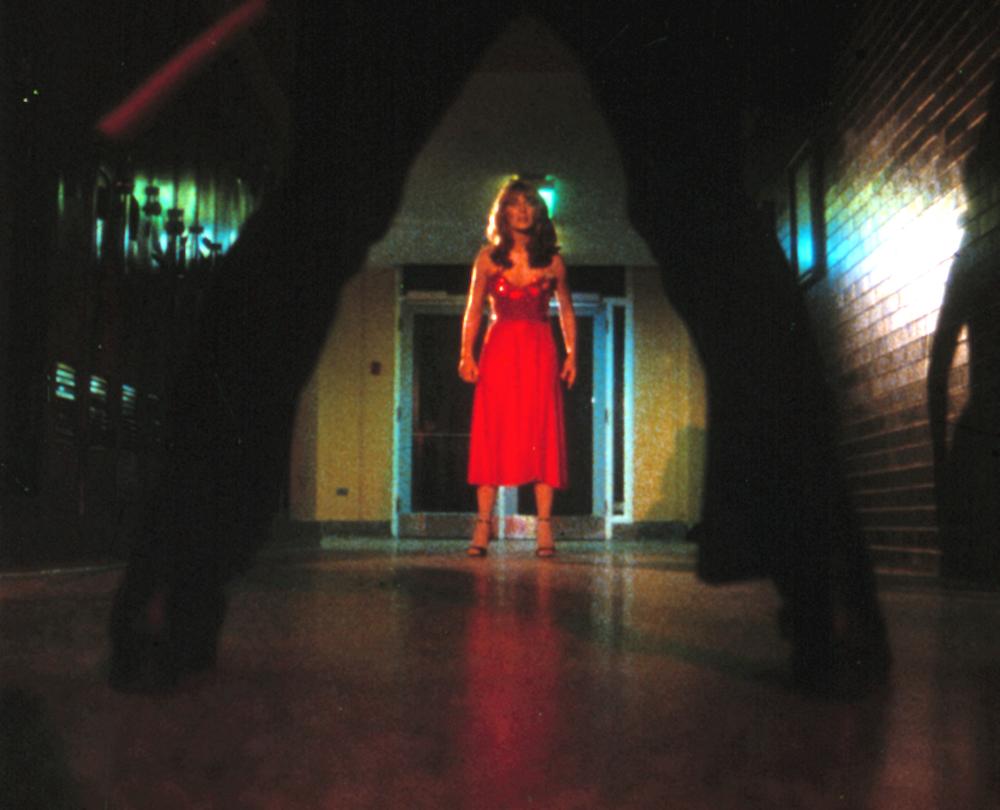 The characters are great, I love Jamie Lee’s disco dancing scene, I love the chase scene through the school, and its got an awesome chaotic end!

May:
Around mid-may, I like to watch GRADUATION DAY (1981). I love this movie! Its super grainy, and its got great choppy artsy editing. 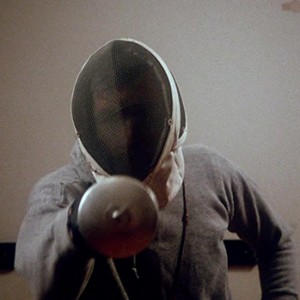 The rock band part in the middle drags, but that’s really the only thing I don’t like about it. I love the high school gym, track team theme throughout the film too. Also, its the only Troma (shudder) film that’s really any good.

June / July / August:
Ahh summer! A perfect summer day for me is spending a hot sunny day at my beloved WaterWorld, then grabbing a Little Ceasars Pizza and watching SLEEPAWAY CAMP. I can’t say enough good things about this film. It’s hands down the best summer camp slasher movie ever! And possibly one of my top favorite movies of all time! If you haven’t seen it, watch it twice. Like Napoleon Dynamite you’ll say “huh WTF?” the first time you see it. The second time around, you’ll start laughing. Once you start quoting it, you’ll be hooked. 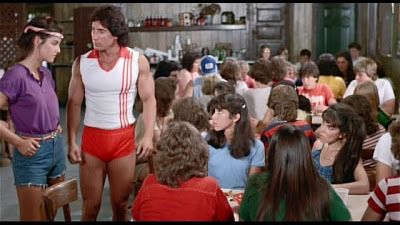 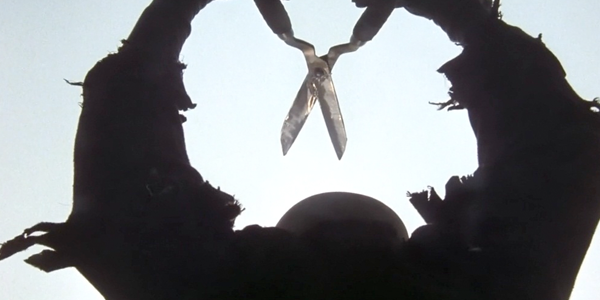 I don’t usually watch a whole lot of movies during the summer, mostly because I like to spend most of my time outside. It’s also my busy season at work, and my busy season for fixing up my house. I do like to sit in the shade on my roof and read, or sit in front of the wave pool and read a lot though. So if you want the slashery goodness to continue, get some excellent summer reading with my book KILL RIVER. Its like a novelization for an 80s slasher movie that was thought up 30 years too late. (OK that’s my one shameless plug for the book I promise!) 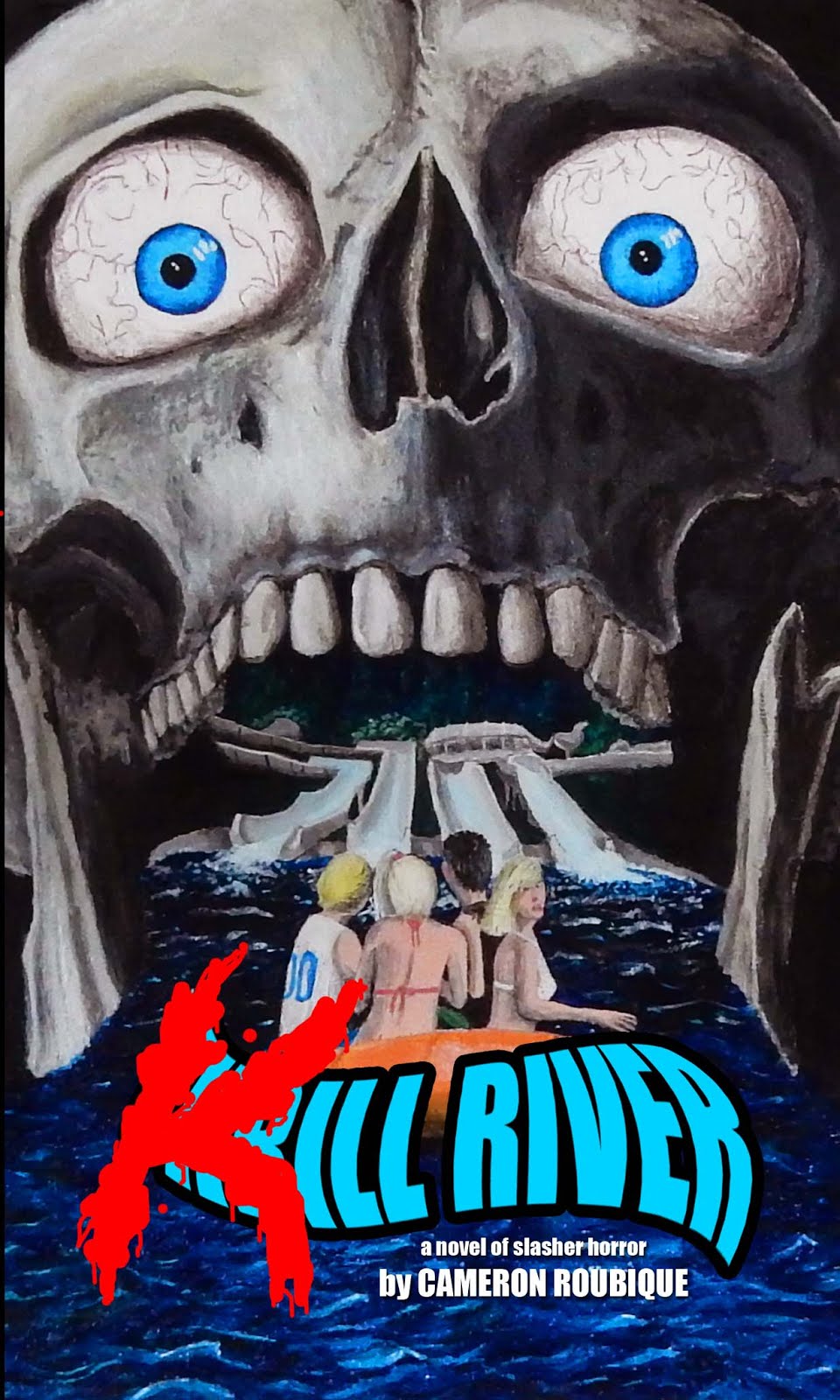 September:
For some reason, September always feels right for Jason Voorhees for me. Mabye it’s because I first saw the first Friday the 13th movies around September. Maybe because its still summery enough, but you can start to feel that spooky Halloween feeling creeping in. Also, incidentally, I actually got to travel up to the northeast and be at the filming locations for both Sleepaway Camp in New York, and Friday 2 in Connecticut, both on Friday September 13th 2013, probably one of the coolest days of my entire life. 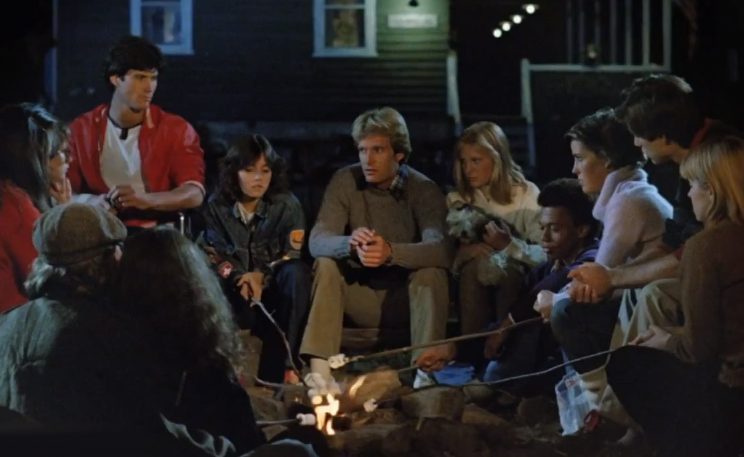 For whatever reason, September is a great time for a FRIDAY THE 13TH marathon. I love Friday 1-5, and Part 7. Hell, I even love the cruise ship half of Part 8 too (once he gets to Manhattan though, fogeddaboudit). My favorite in the entire series is FRIDAY THE 13TH PART 2 (1981). Yes, I know, Jason doesn’t have the mask, but this film is the essence of Friday the 13th. It’s got amazing memorable kills, cheesy characters, and Jason’s creepy shack. It’s probably the most well written film in the entire series. What a great film. If you haven’t seen any Friday the 13ths, definitely watch Part 2, and (Part 4) The Final Chapter, these are easily the best.

Check back tomorrow for the last part of my 80s Slasher Calendar!