Well, that’s the end of my summer at Water World. I’ve been so busy that I only got to go twice this year, usually I get a season pass and go between 8 and 10 times. But this year, I did four house projects, took trips to Maine and San Francisco, and spent a ton of time getting my next book ready to be released. Time was in extremely short supply. Today though, I went from opening to close, just like back in the old days, and this time I got more Kill River location pictures to share with you.

Oh and also SPOILER ALERT! If you haven’t read the book, this blog is gonna have spoilers.

First off, that picture above is a better shot of what would be the four Ragin’ Rivers in the book. I was lucky enough to take this one around 5 o’clock this afternoon and had the perfect afternoon light that I imagined a lot of the book had.

The camera I was going to use for shots on the rides, unfortunately, wasn’t working, so my improvised “underwater camera” was actually my old phone in a Zip-Lock bag. The plastic gave the pictures a kind of 70’s soft-focus look, which is unfortunate, but also kind of cool. It gives them an old school horror film feel. 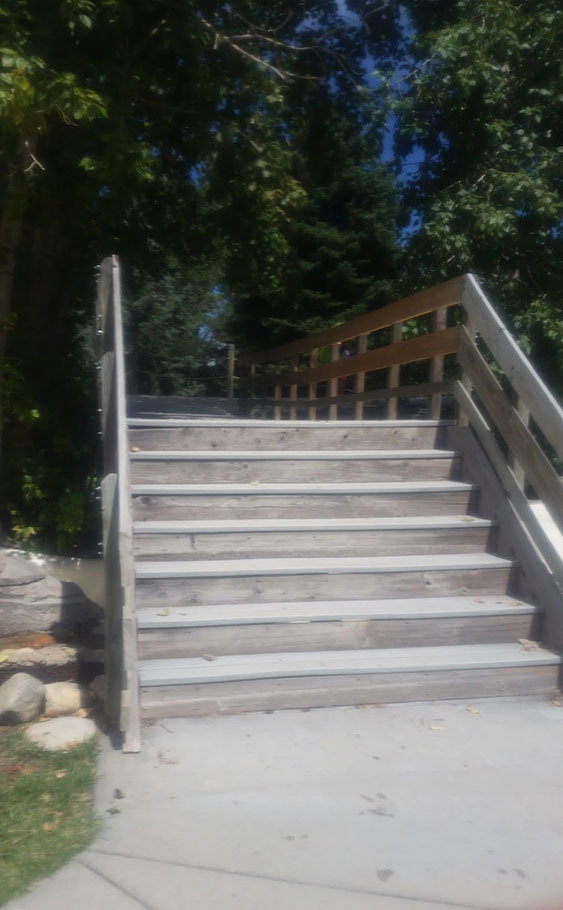 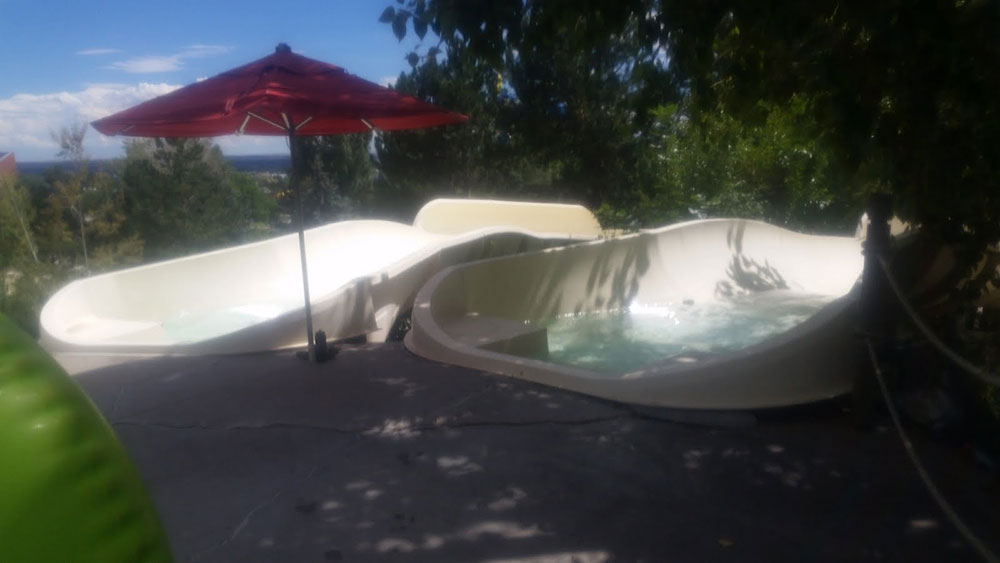 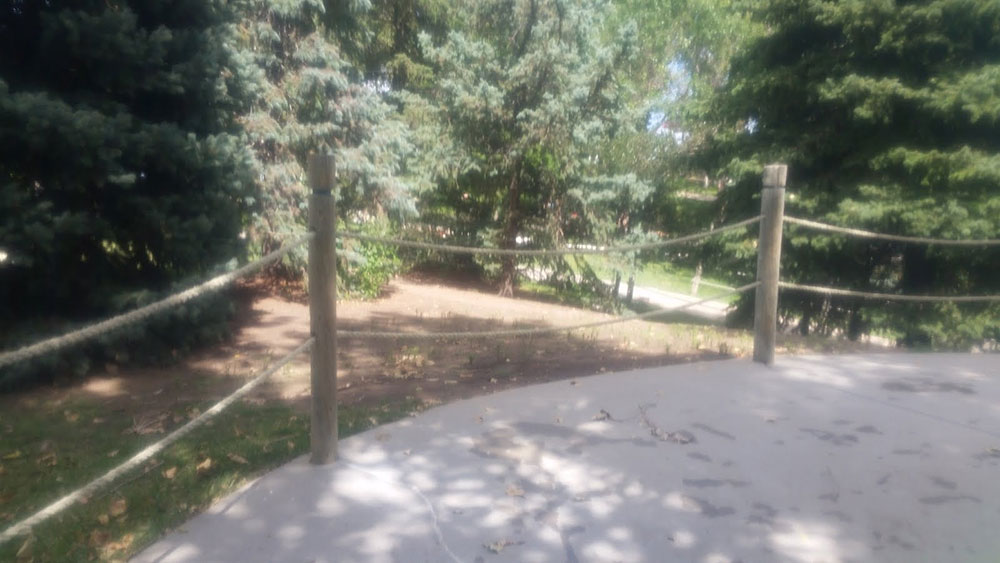 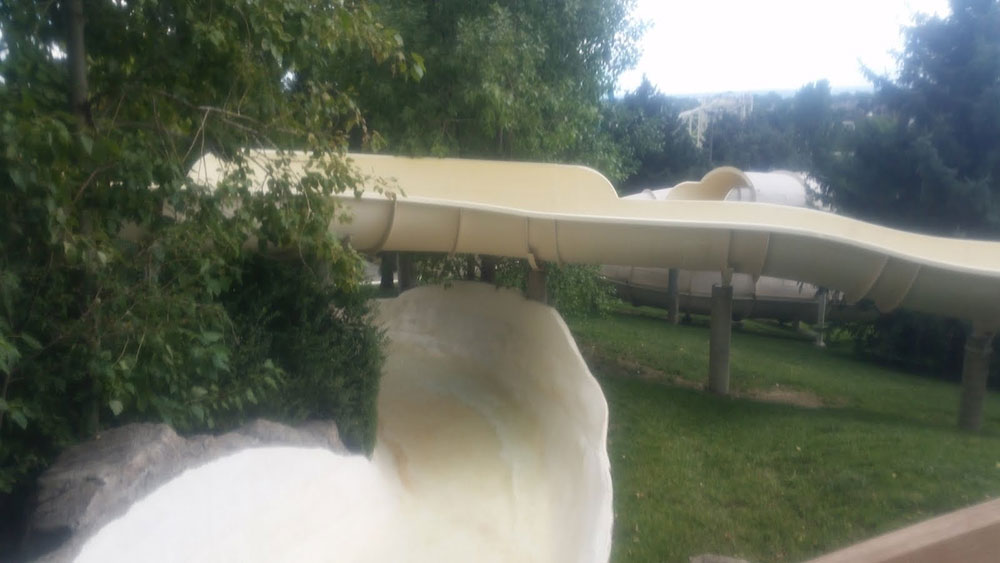 Here is the bridge that goes up over one of the Duelin’ Rivers and leads to the two Ragin’ Rivers that Brad and Zack ride, and the view from that bridge. There’s the pine trees they look through and see the bathroom building, and also the two slides. 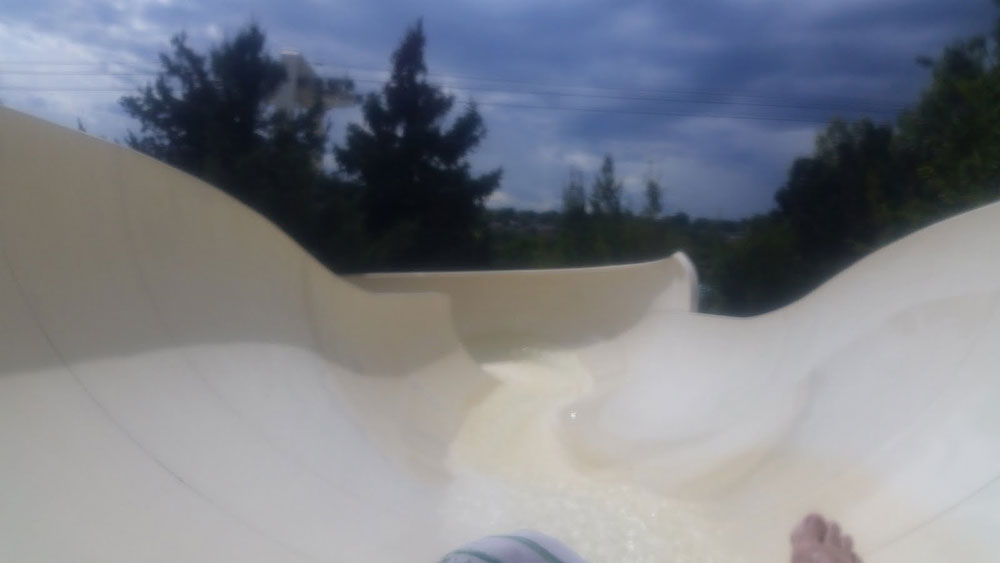 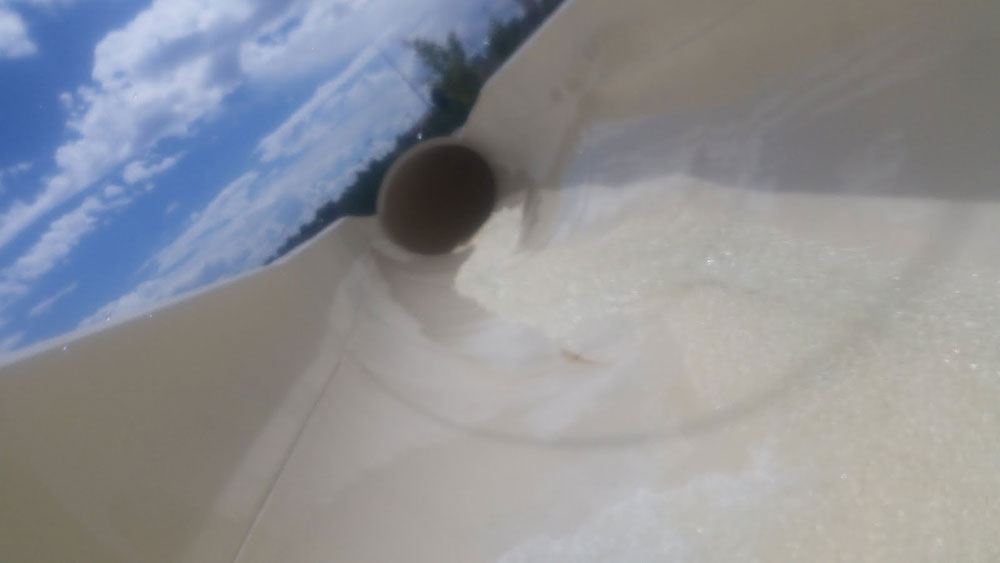 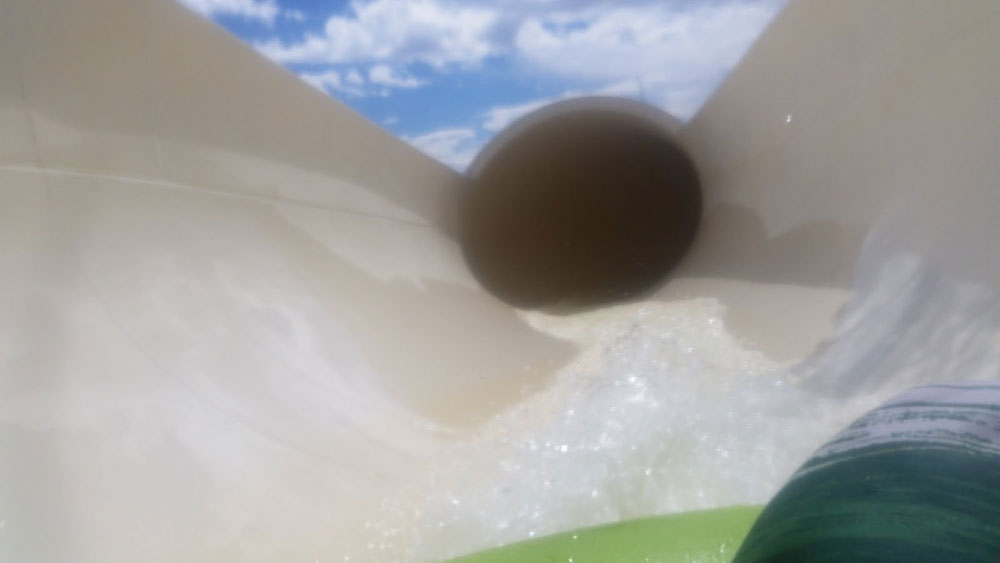 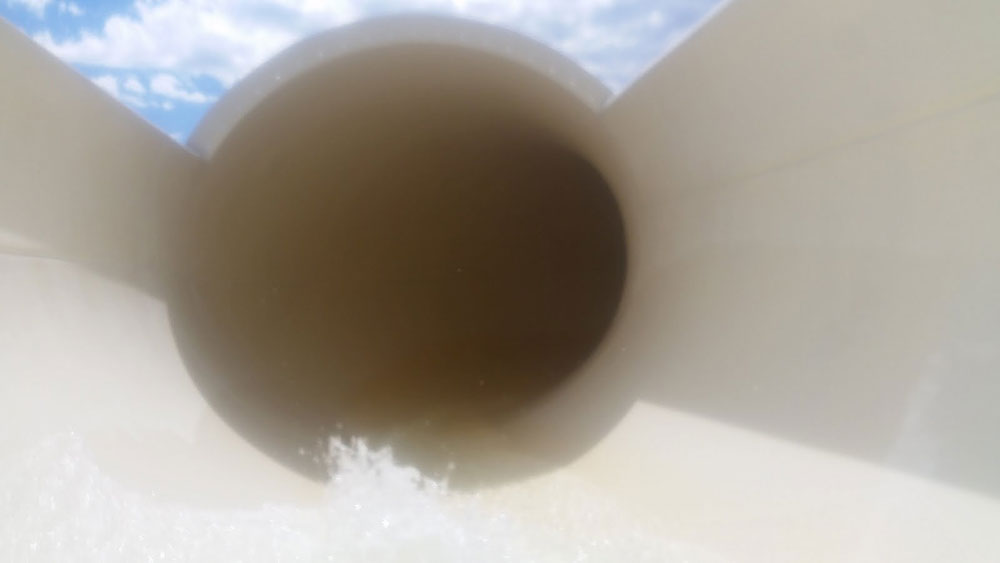 I got on the slide I imagined Brad riding and took some shots of the last thing he sees before disappearing. 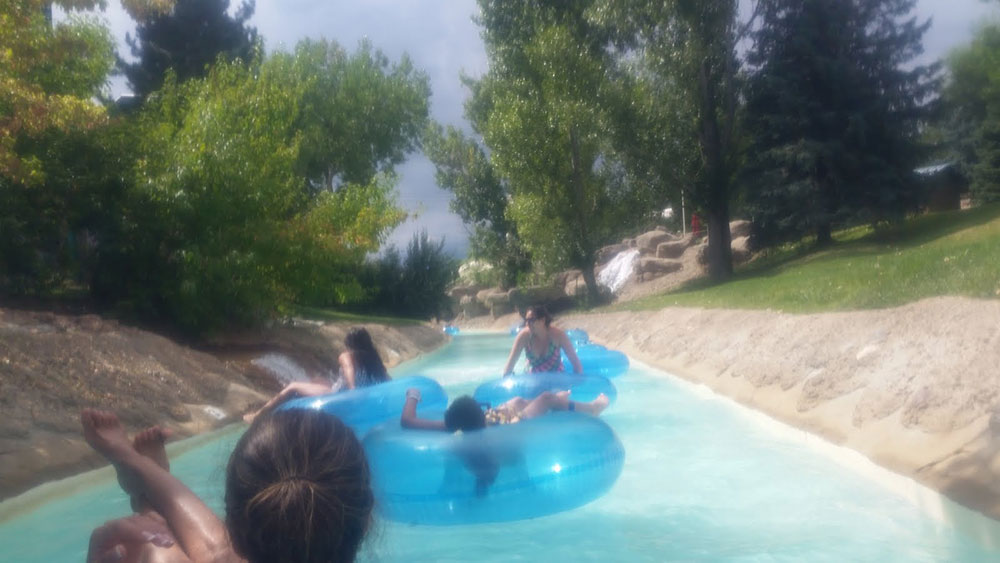 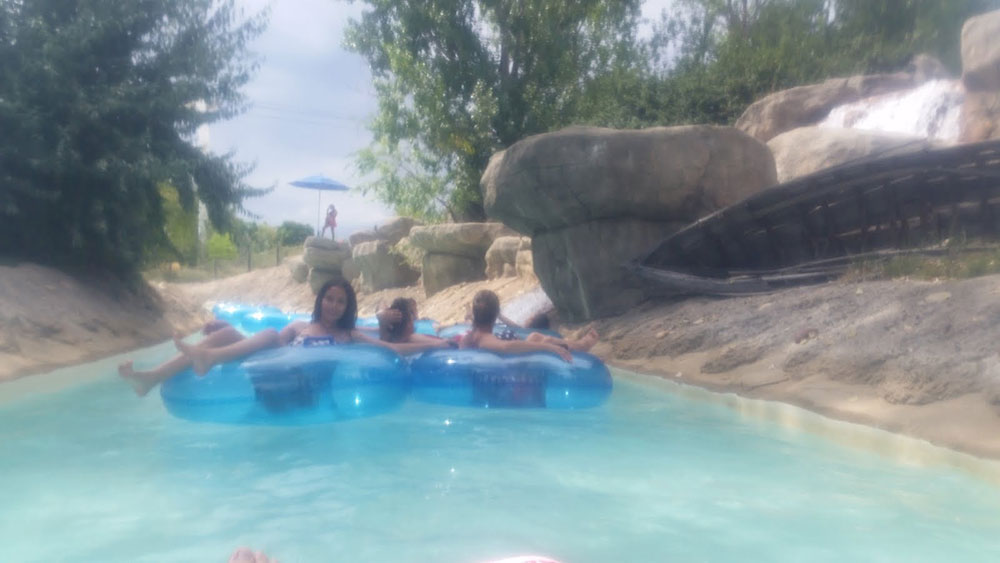 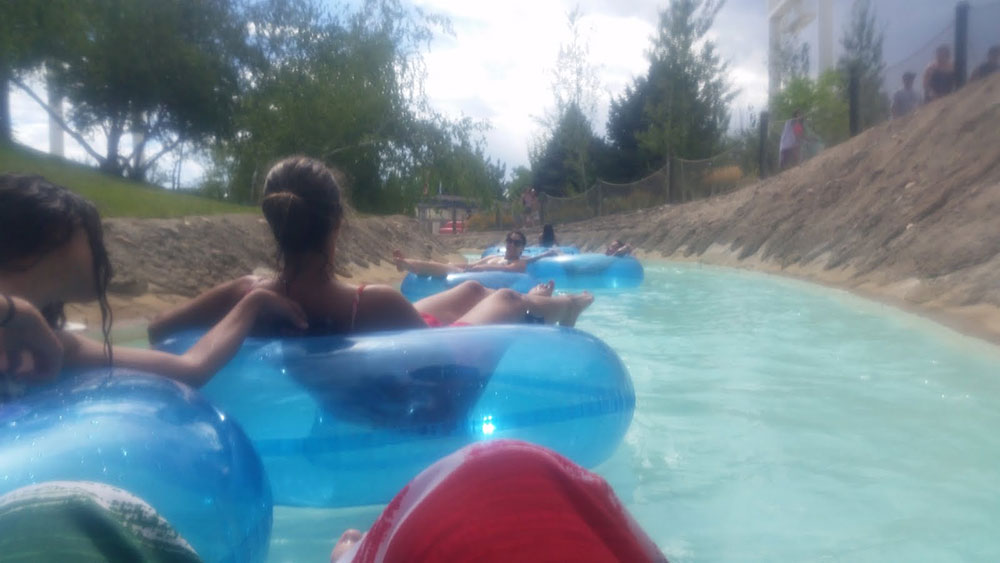 I also got on the Lazy River and took some better shots on the ride. You can see the cliff where Stacy gets killed from a different angle. 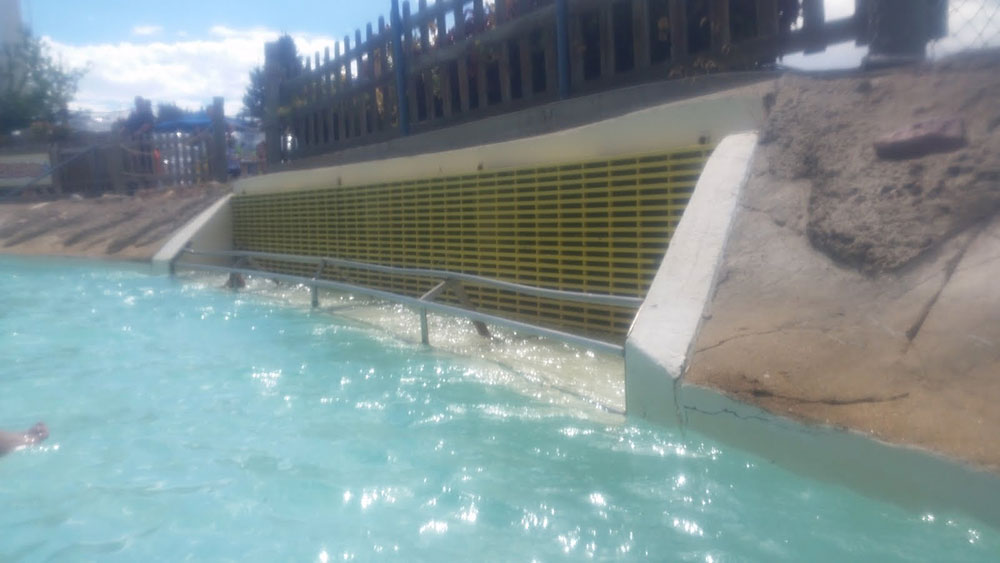 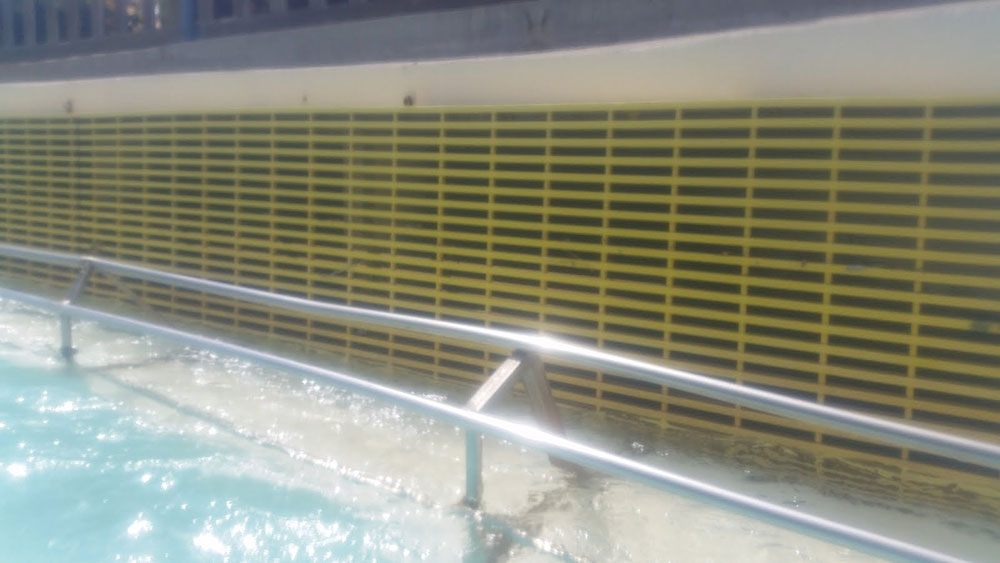 Also, here is the yellow grate where Cyndi sees the killer standing back in the darkness watching them. 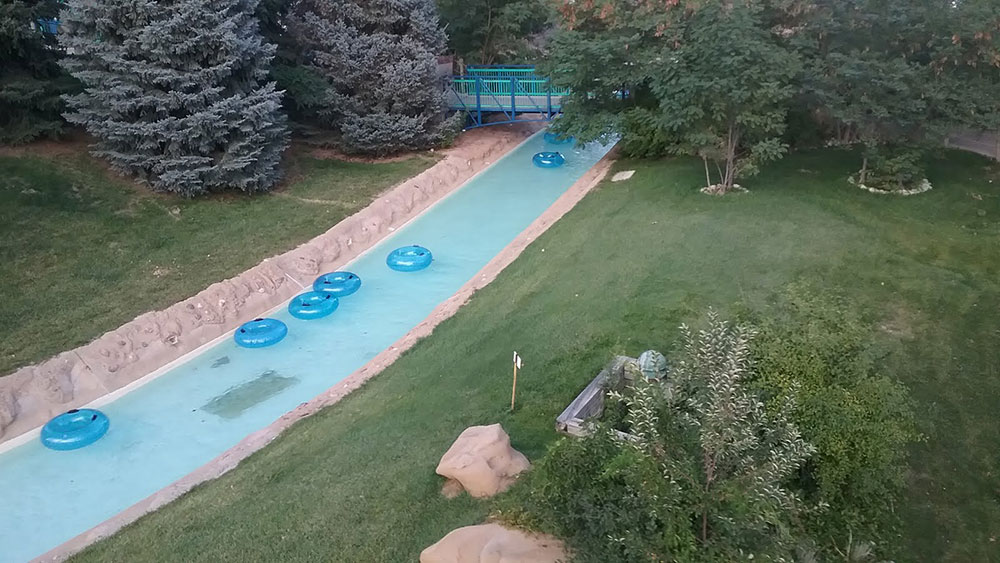 At Water World, there is a gondola that goes up over the park, and I took a few cool shots from overhead. One is the Lazy River, this is about the spot where Cyndi pulls Stacy’s body out near the end. 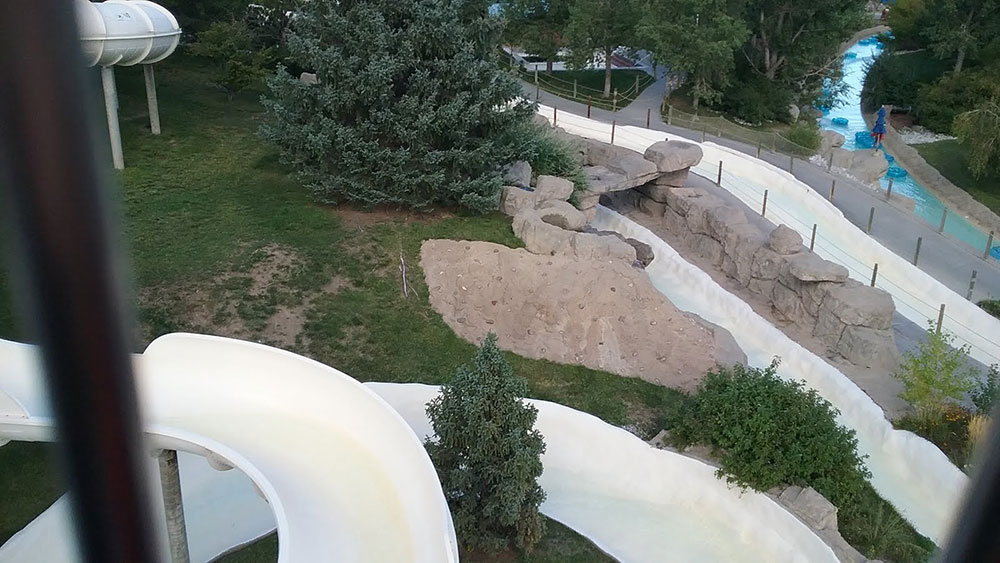 This one is one of my favorites because you can see so many important spots in one photo. There is one of the Ragin’ Rivers on the bottom left, both Duelin’ Rivers on the right, another ride that didn’t exist in the park in Kill River, the path going up the hill, the Lazy River in the top right, and the cliff where Stacy is killed. 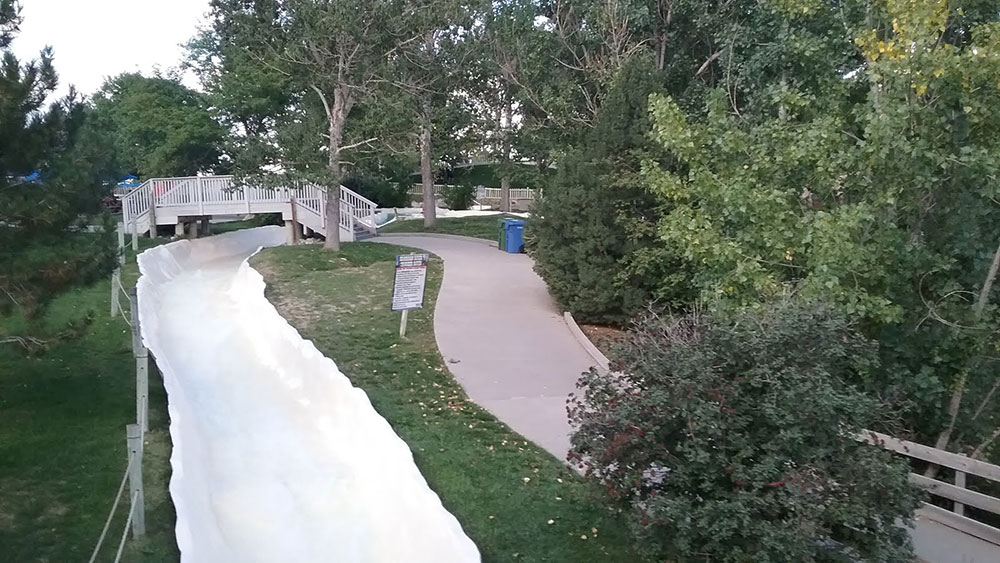 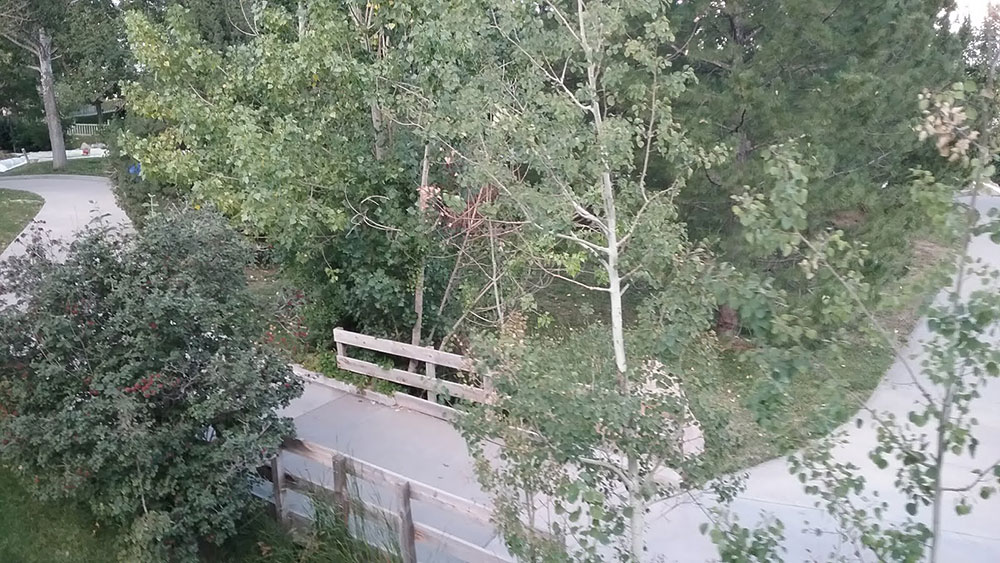 Well, that’s about it for now. I planned on taking some shots on the Duelin’ Rivers slides, but I was having some technical difficulties with my phone and wasn’t able to get them. I guess they’ll have to wait until next year. I hope you enjoyed my photos. Unfortunately, they really don’t do the story or Water World justice. It’s such an amazing place, and I have a blast every time I go there. If you like the story and ever decide to come to Water World, let me know because I’d love to take Kill River fans on the Kill River tour.