So here I am, sitting at home all sunburned after a full day at my awesome local water park here in Colorado, Water World. I was originally going to tweet a bunch of pictures of the rides, but then I thought, hey I can really go in depth with this and show people what I imagine the rides in Kill River really look like. The only downside is that I forgot to bring an underwater camera…this time.

Okay, here we go. The main inspiration for the water park in Kill River, aka Kaptain Smiley’s Thrill River, is Water World in Colorado. There are also some areas of the park that exist at another water park called Schlitterbahn, in New Braunfels, Texas, near San Antonio. The picnic area where they set their stuff, the real river, and the Dead Man’s Drop ride are all down in Texas. I also pictured the park to be more woodsy and shady like it is down in Texas. Maybe next year I’ll take a drive down there and see if I can grab some pictures.

Oh, also the Gold Mine Tunnel came almost completely from my imagination. There is a dark ride at Water World called Voyage to the Center of the Earth with dinosaurs in it, I imagined the tunnel walls all rocky like the walls in there, but the layout of the ride, the decorations in the tunnel, and the two metal doors were all made up.

Anyway, I digress, here are some pics I took today of some of the rides that inspired me. 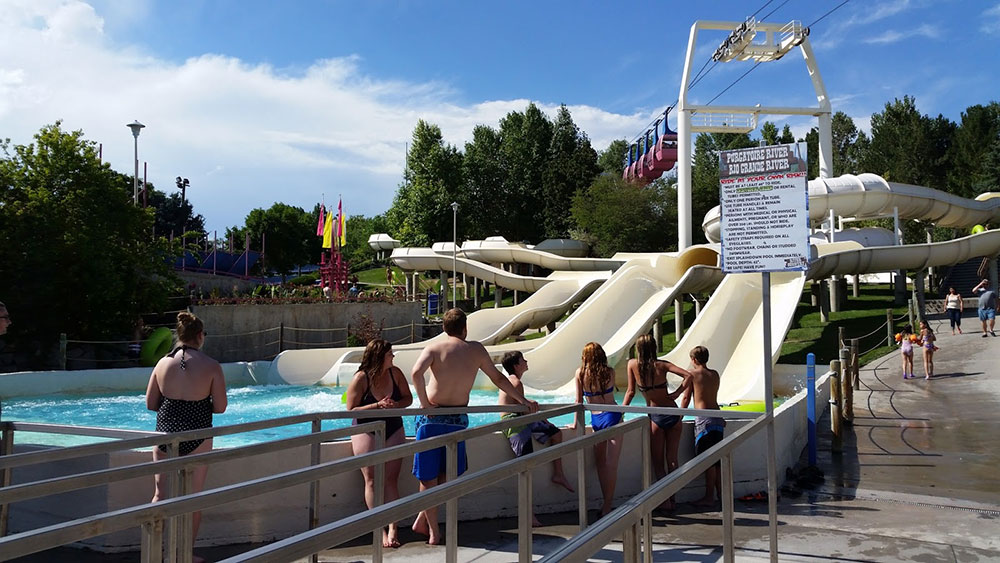 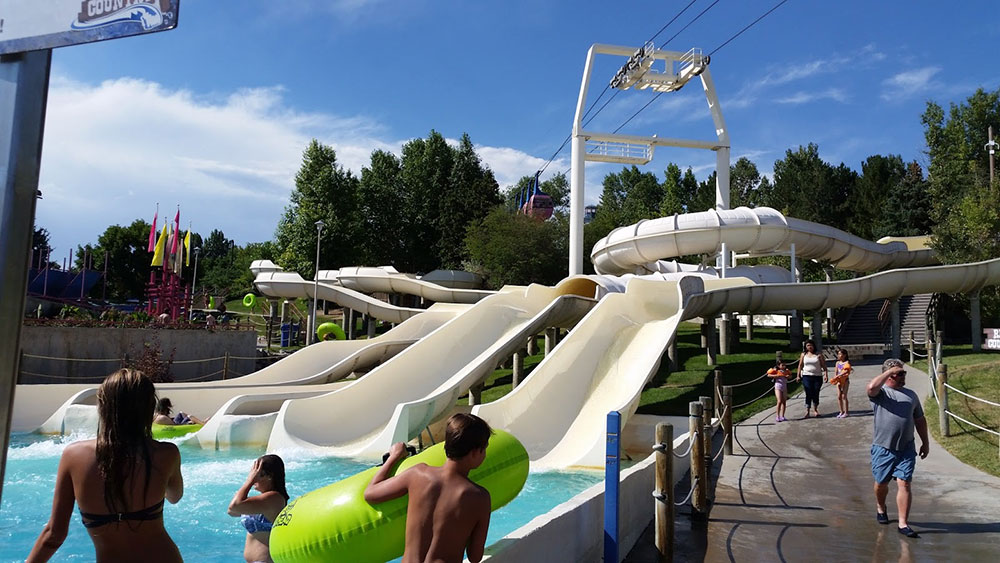 So these four slides are called River Country at Water World and each one has a different name. I imagined that Cyndi and Stacy rode the two on the left, and Brad and Zack rode the two on the right. Also I didn’t really picture any of the line switchbacks in Thrill River. The one with the tunnel is the one Brad rode, and somewhere in that dark tunnel is where he disappeared. Later Stacy finds his body floating on a tube in this pool near this edge. She lifts up his head, and that’s when “Girls Just Wanna Have Fun” starts playing. Obviously those huge poles for the gondolas in the background aren’t in the book.

Right next to the Ragin’ Rivers, would be the two Duelin’ Rivers, they’re actually called the Cimarron River and the Thunder River at Water World. 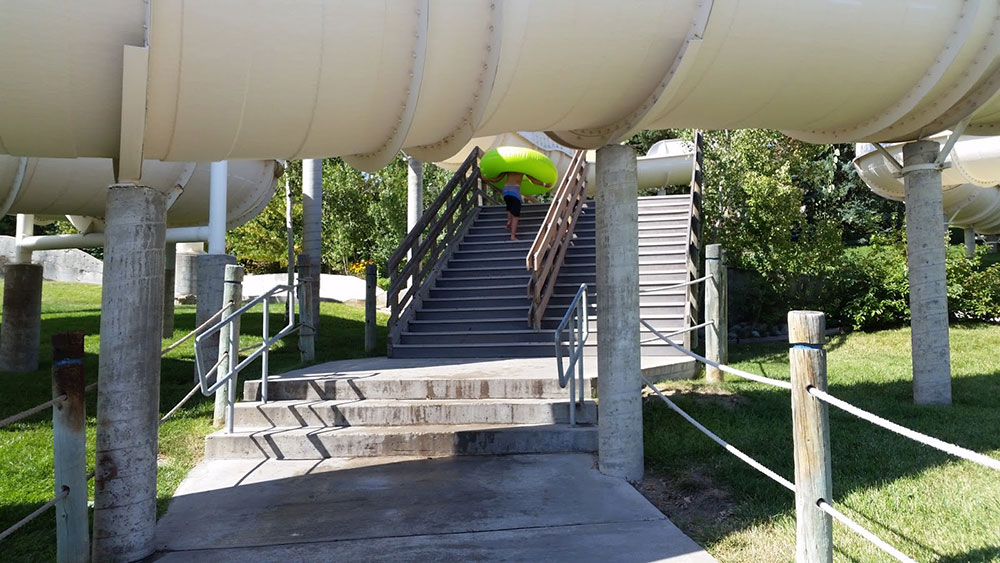 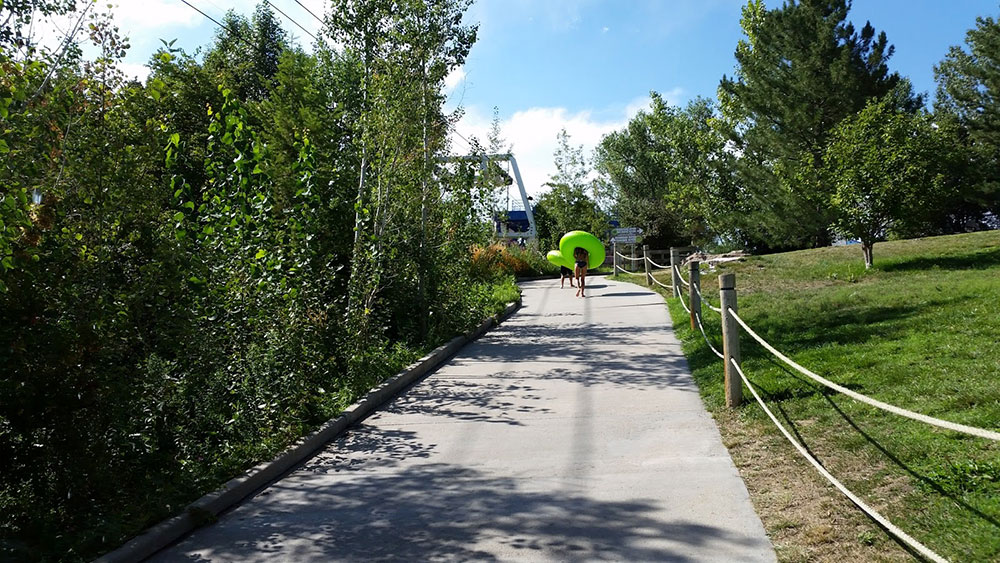 Here are some pics of the path leading up to the right two Ragin’ Rivers, and the Duelin’ Rivers. 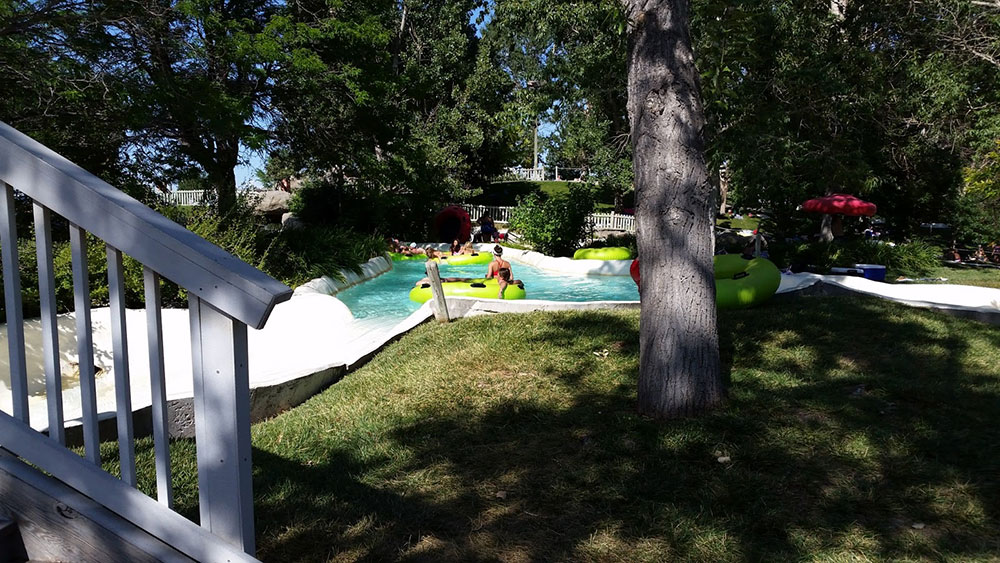 Here is the slow beginning of the ride, where the two Duelin’ Rivers branch off. I took this picture on next to the bridge that goes up over one of them, just like in the book. 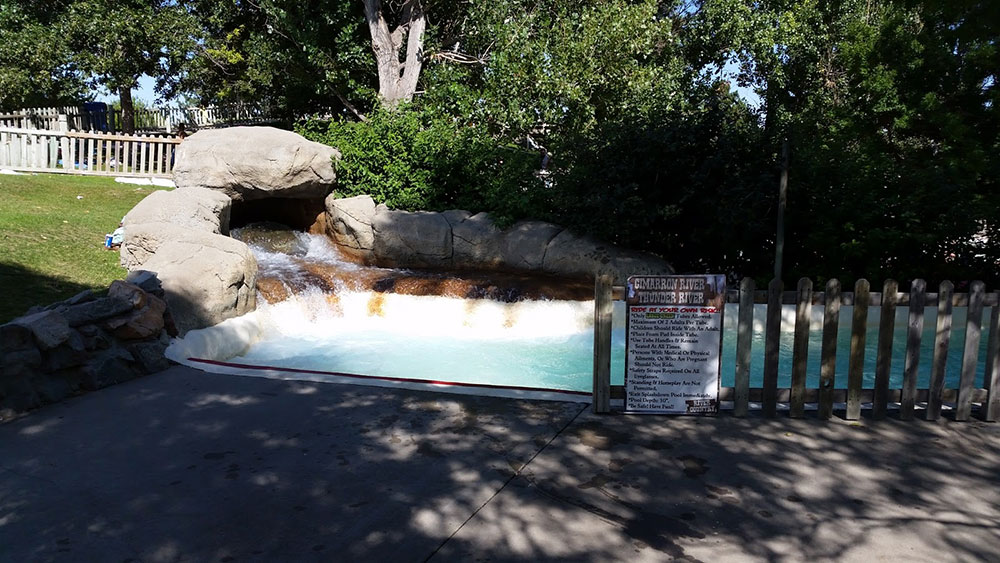 This is a really important spot in Kill River, the fountain at the start of the Duelin’ Rivers. The concrete edge of the pool there is where Zack gets his head smashed. Cyndi also hides from the killer up behind that fountain, then gets down to leave, and the killer pops up out of the water and fully reveals himself to her for the first time. In the park in the book, that picket fence wasn’t there, and there was a stack of tubes.

Just off to the left of this picture is the bathroom area. Sorry, I didn’t take a picture of that, people would probably think I was a total creeper if they saw me taking pictures of the entrance to bathrooms. I guess if you ever get a chance to go to Water World you’ll be able to go into the bathrooms and see what they’re like in real life. 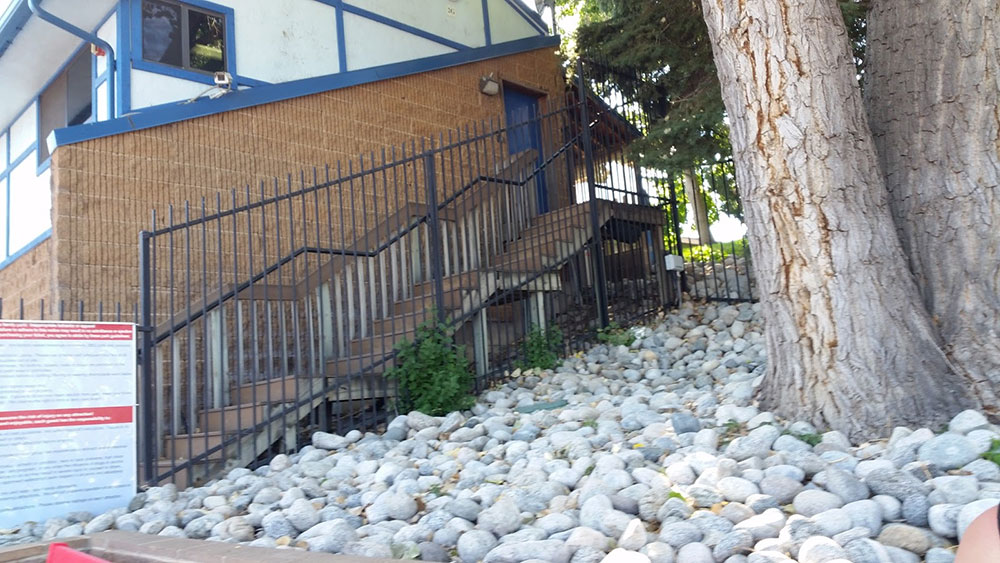 Here are some steps leading up to a random room right at the park entrance. I have no idea what’s in there, it’s for employees only, but this is what I imagined the stairway leading up to the control room looks like. In the book there’s less rock and more dirt and pine needles underneath those stairs. The wrought iron fence is also a lot farther away from the stairs. 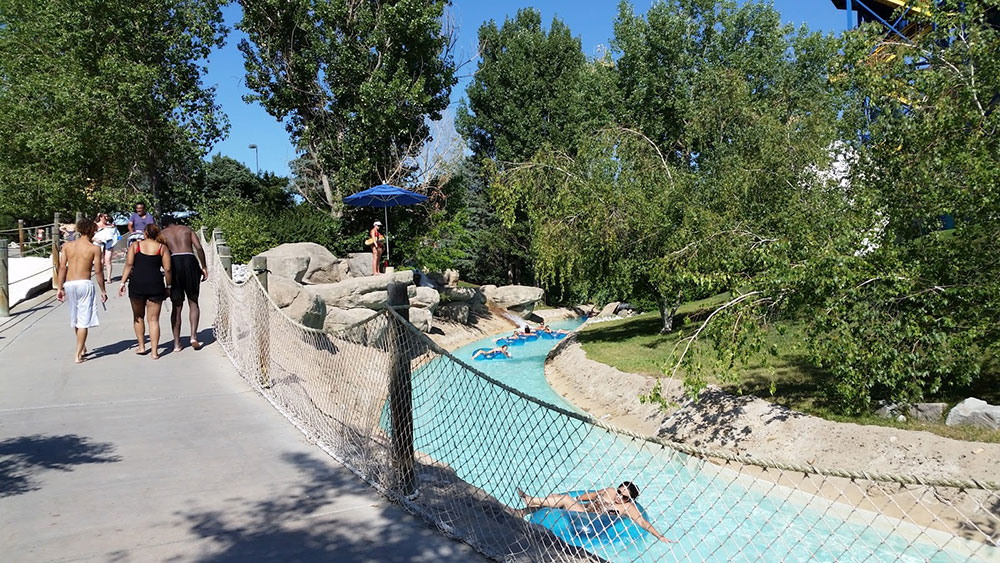 One last picture for today. This is The Lazy River, at Water World it’s also called The Lazy River, and I think that’s become more of a generic term nowadays so I just kept the name the same. Just about everytime I go near the Lazy River now, I say, “Uh-huh, the Lazy River. What, do they have signs over the bathrooms that say Shit River?” That’s probably one of my absolute favorite lines in the whole book. Oh, and that cliff where the lifeguard is standing is the spot where Stacy dies.

That’s all I’ve got for now. I meant to get out to Water World in May like I usually do, but this year has been so crazy with house projects and finishing up work for my next book, and travelling to Maine that I really haven’t had time. Darla and I have a few more tickets though, and we’ll probably go at least one more time this year. Next time I’ll bring the underwater camera and take some shots on some of the rides to give you a better feeling for them.

Well, that’s it for now, I’ll post again hopefully in a few weeks and have some more cool pictures to share. Thanks again for reading Kill River, you guys rock!