To everyone who actually reads this blog, I’m sorry these have been coming so slowly lately. I’m hard at work on a new book (about halfway done with the rough draft at this point) and I’ve been focusing almost all of my writing energy on that. But one of my New Years Resolutions was to be more active on here, and hopefully I’ll be able to stick to it.

So now that we’re actually starting up another year, I thought it might be a cool idea to go through the entire years worth of slasher movies. Anyone who knows even a little bit about the genre knows that a lot of the movies fall on holidays. The festive spirit of a lot of slasher movies is one of the reasons why I love the genre so much. Obviously I’m not going to watch every single slasher movie every year, but there are quite a few that I re-watch every year. So here’s a brief rundown of my picks for those favorite slasher movies that have earned an annual traditional watch.

JANUARY:
This is typically a cold month for re-watching slasher movies. Coming off of my annual New Years Eve Slasher marathon, I’m usually hungry for something fresh. I tend to get on youtube to see if I can find some never before seen 80s slashers. The one exception to that rule is CURTAINS (1983). 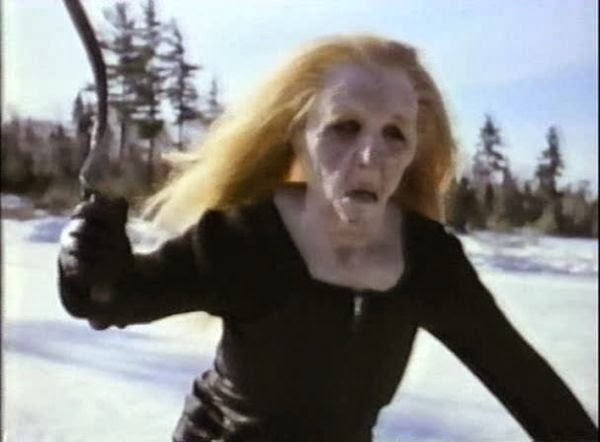 Curtains is one of the few 80s slasher movies that I find genuinely scary. Also it’s got THE creepiest killer mask of any slasher movie ever. It’s cold and snowed-in feel makes it perfect for January.

February:
Obviously, you probably knew I was going with MY BLOODY VALENTINE (1981). This one is truly one of the best. The kills are great, the Canadian accents are awesome, and it’s pretty tense. I wish I could go back in time and write or produce a sequel or two for this one. 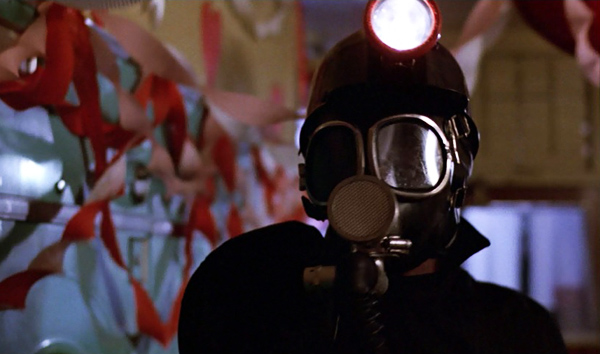 Also, a good double feature to go with MBV is THE PROWLER (1981). The Prowler’s got some of the most realistic Tom Savini special fx ever. It does have kind of a confusing plot, and a WTF ending, but because of it’s love themes The Prowler is great viewing for February.

March:
This is a busy month for slasher watching. In March I have two mini-marathons.

The first is the LEPRECHAUN marathon on March 17th, St. Patrick’s Day. I love St. Patty’s Day, its one of my absolute favorite holidays. I love drinking Irish Carbombs and watching Leprechaun 1-3, and also Back 2 the Hood (which is surprisingly good, considering it’s dumb title and premise). If you haven’t seen any of them LEPRECHAUN 2 (1994) is easily the best in the series. It’s the only one that takes place on St. Patrick’s Day and really captures the feel of the holiday. It also feature’s a smokin’ hot survivor girl (Shevonne Durkin), MAD TV’s Michael MacDonald, and a drunk/go-cart driving Leprechaun. What’s not to love? 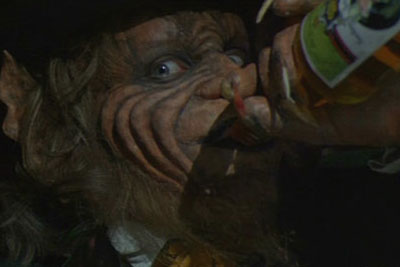 The second mini-marathon in March is my March Madness Marathon. For the record, I don’t watch college basketball at all, but March is a great time to watch College-themed slasher movies. The best college slasher movie is THE HOUSE ON SORORITY ROW (1983). Its got good acting, good kills, hot girls, and a great band called 4 Out of 5 Doctors. 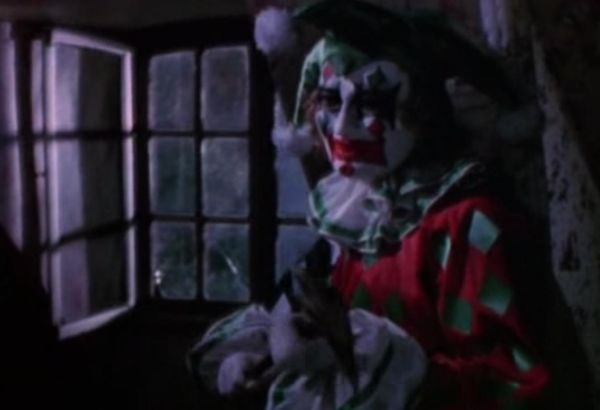 I really wish there were 15 minutes more to this film, it pretty much ends at the climax, but its definitely a great 80’s slasher treasure. A couple of other good college slasher movies are THE INITIATION (1984) and FINAL EXAM (1981). I think this year I’ll also give HELL NIGHT another go, it’s been about 10 years since I’ve seen it.

As I started writing this, I realized I loved way too many slasher movies to cram them into just one blog. So I’ll continue my slasher calendar tomorrow. To be continued.